Chilling. Chilling. And some more chilling.

Today, we had said, we wouldn’t be doing anything. Just being on holiday. So my body and mind reacted to so much relaxation with waking up at 4:30 am and not being able to sleep anymore. So I started to sort our Laos photos, wrote the blog, checked my emails and was done by about 6am. Then I got dressed and walked out to see what was happening on the street. 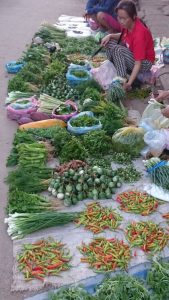 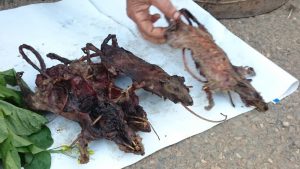 Just before 6am the morning market for the local people starts. And there is everything from vegetables, over fruit, fish, meat to fried rats available. Yak!

I bought some deep fried bananas and served breakfast in bed to my family. Afterwards we had to do a couple of things in town before we decided to go down to one of the bars along the Nam Song river, lie in a hammock and let the time float by. The girls found another way to pass the time 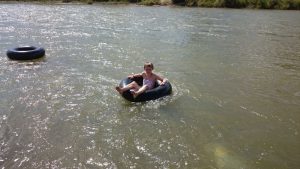 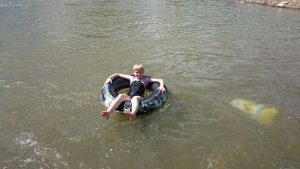 while we were just reading or sleeping. 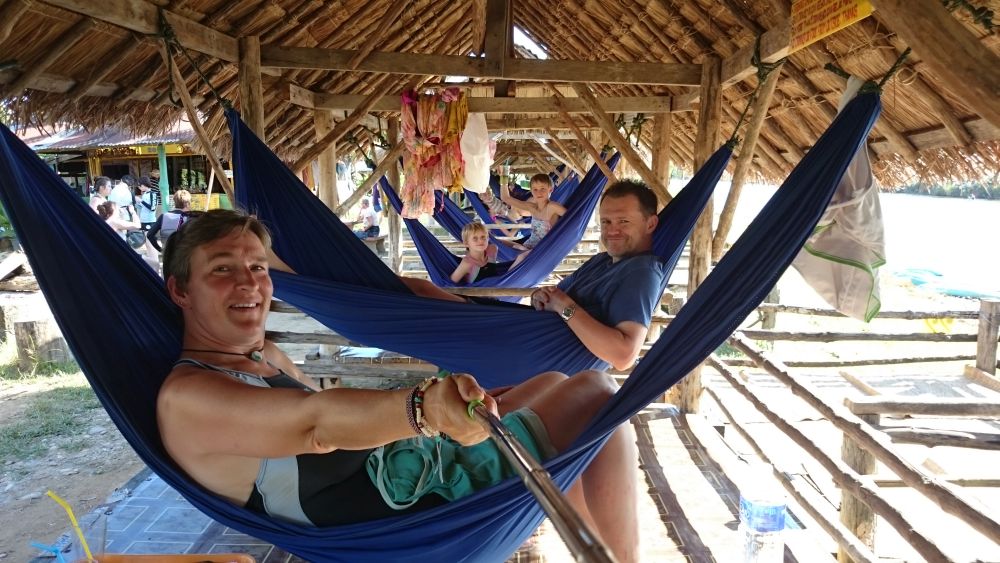 When the sun had lost a bit of its heat we made our way to the market. Stéphane had wanted to get some sandals and we actually found some. I am curious to see how long they last. This is a “throw away” society. Things don’t work any more, just throw them away and get something new. We had bought some coloring pencils for the girls yesterday and when they sharpened them for the first time the dark green always broke off. So we went into the shop today expecting a replacement. The shop owner got really annoyed with me and didn’t see why I made such a “fass“. It was nothing expensive. I could have just bought a new one, she thought, but I was not happy. This seems to be the culture here. No refund. No compensation. No complain. Just buy new. 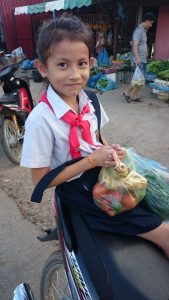 On our way back from the market I had a glimpse into my own past. I saw this school girl in its school uniform. For those who don’t know it, I grew up in the GDR. On special occasions we were wearing something very similar. The younger kids a white blouse with a blue scarf, the older kids the same but with a red scarf, just like this girl. And the kids in secondary school were having a blue shirt.  And the kids here are wearing exactly the same. Funny.

In the evening we grabbed some food and tonight I am going to bed not too late because tomorrow morning I will have to get up really early to catch the 6:30am or 7am bus to Vientiane and then a second one further south.