Before I even start to describe our day – I just want to say, that we also heard about Paris on fb and then went online to google what had happened. I read some of the articles aloud to Stéphane and my tears were coming. I am so sorry for everybody directly or indirectly affected by these terrorist attacks. We are here in a country far far away and worry also about our safety sometimes. We have informed ourselves about UXO and the work of MAG in Laos. We are hearing stories about the border crossing to Cambodia and it worries me. But Paris – in the center of Europe… I am without words.

Yesterday we left Savannakhet at 7 am. And I was happy. It is not my favorite place. This time it was a real local bus, air con was a open door. 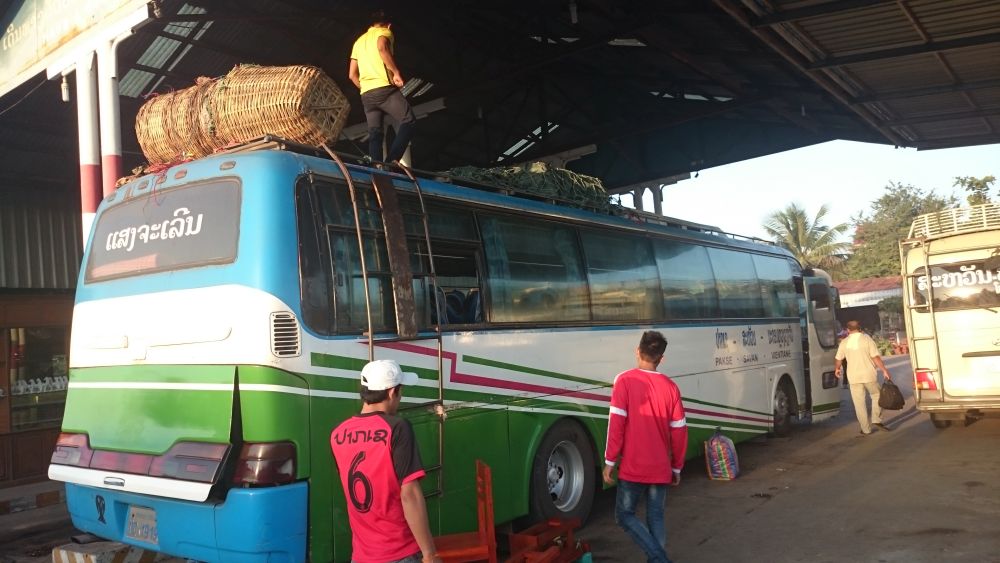 Travelling on a bus here in Lasos is always an adventure. One has to be early at the bus station to pick the best seats in the bus. Only for some of the VIP buses on gets seat numbers. So the later you arrive the further back you sit – or like yesterday – you stand. Leaving Savannakhet took the bus nearly one hour. It stopped all the time, people were hopping on, food vendors brought their food into the bus and tried to sell it. At 8 am Lara smelled meat and now all she wanted was meat.  But instead I got us this.

The lotus grows on small plants in the water. It is not a fruit but a vegetable. In Buddhism the lotus is a sacred plant and the flowers can get big. The seeds are sold as snacks. They are inside a skin that looks a bit like a watering can or a shower head. The big seeds fill the entire hole. Those ones are edible.

After 6 hours we finally arrived in Pakse, but I didn’t want to stay there I wanted to continue to a peaceful and calm place. So had just to wait a couple of hours and then took the next bus to Tat Lo. In the bus station we met a French family who were also travelling with their two children. They came only briefly to Laos and returned to Thailand which they liked better. So we now started thinking that if Cambodia is not as nice or is as corrupt as we have heard we might just change our planes and go to Thailand. 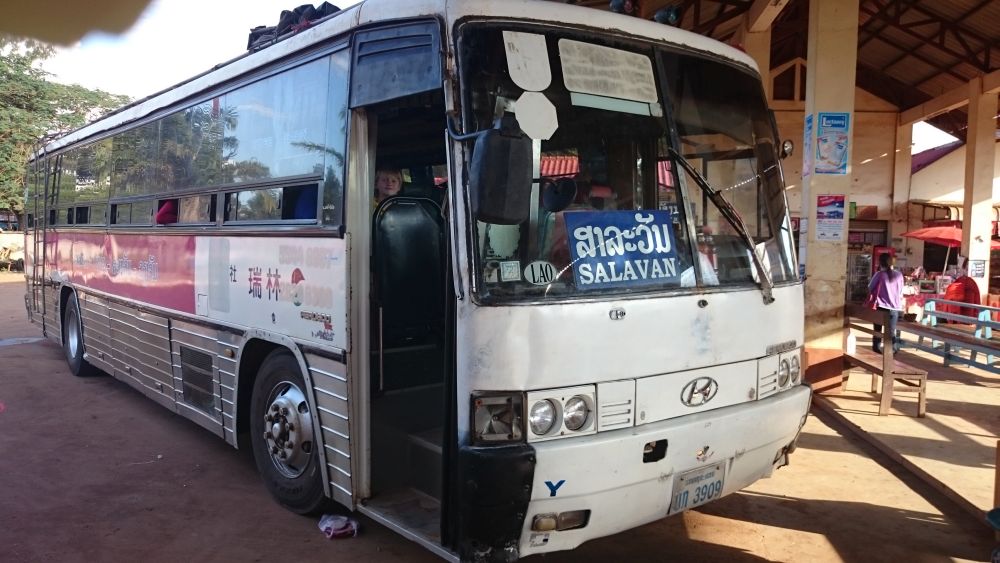 The bus dropped us off at a junction and a local tuk tuk took us to Tat Lo, which is just another 4 minutes away. By that time it was after 6 pm and pitch dark. When we got there the first thing is always to find a guesthouse. For the very first time we had difficulties finding anything. The first two guesthouses were full and only in the third one we were lucky. Their dormitory was still free.

After a really nice dinner and a shower I dropped dead in my bed, I think even before the kids. 🙂