There is not much to say about today. There are no words for what I have seen and heard. I went to visit the Tuol Sleng Genocide Museum without the rest of the family. I just knew that these images wouldn’t be anything of impossible to digest for my girls. I was however surprised to see other parents walking around with their children and they were not older than mine. I wonder how they explained what they saw to them.

In 1975, Tuol Svay Prey High School was taken over by Pol Pot’s security forces and turned into a prison known as Security Prison 21 (S-21); it soon became the largest centre of detention and torture in the country. Between 1975 and 1978 more than 17,000 people held at S-21 were taken to the killing fields of Choeung Ek. […]

When the Vietnamese army liberated Phnom Penh in early 1979, there were only seven prisoners alive at S-21, all of whom had used their skills, such as painting or photography, to stay alive. Fourteen others had been tortured to death as Vietnamese forces were closing in on the city. […]

A visit to Tuol Sleng is a profoundly depressing experience. The sheer ordinariness of the place makes it even more horrific: the suburban setting, the plain school buildings, the grassy playing area where children kick around balls juxtaposed with rusted beds, instruments of torture and wall after wall of disturbing portraits. It demonstrates the darkest side of the human spirit that lurks within us all. (Lonely Planet) 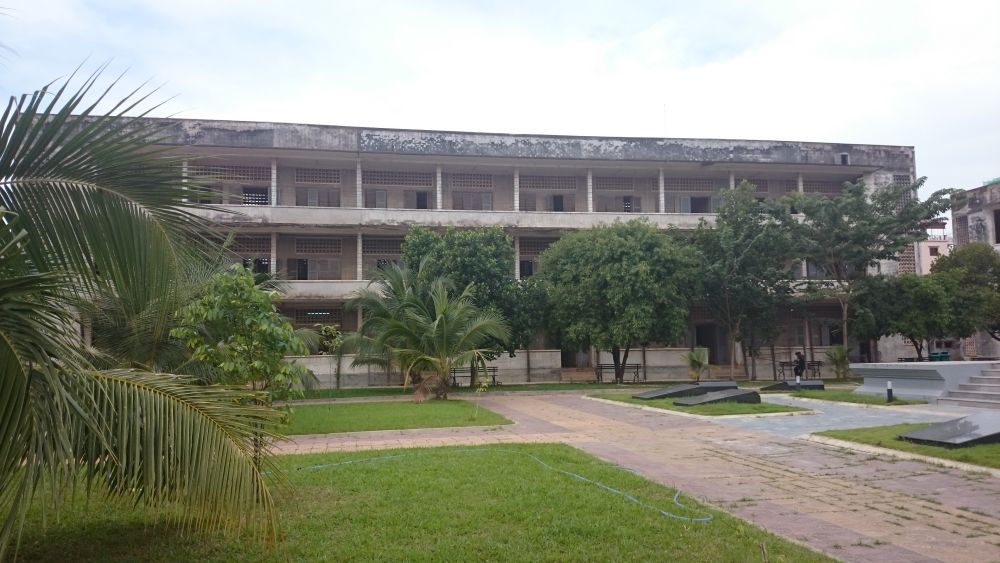 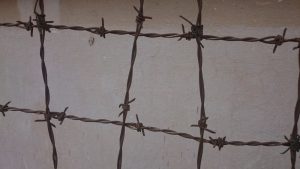 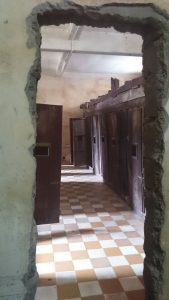 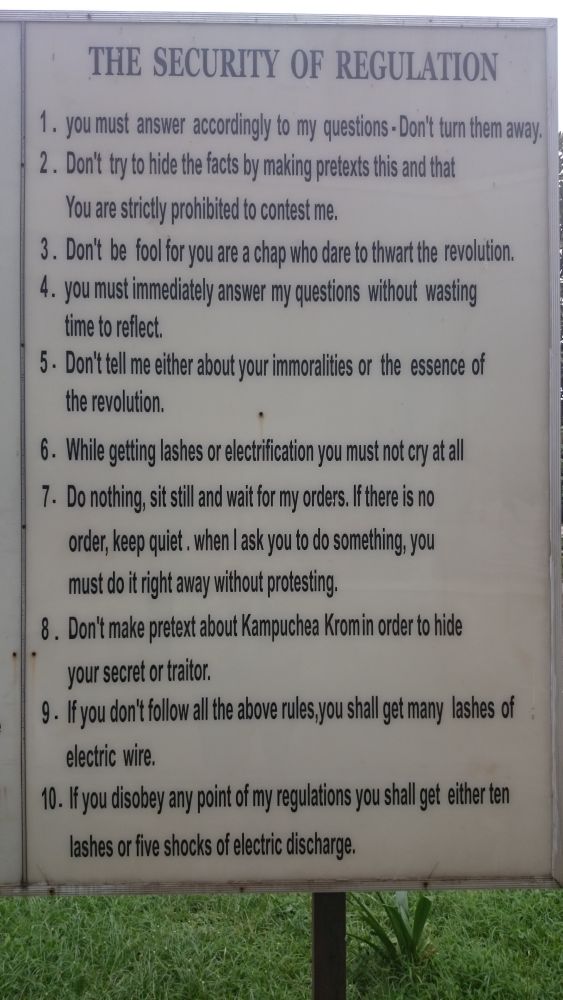 While walking the grounds I was listening to an audio guide. I could hear the voices of the survivors, I heard their testament at the court hearing, I heard their stories. One of the survivors, Vann Nath, was a painter and that was his luck. By painting for the Khmer Rouge he survived S-21. His paintings of the life in prison are also exhibited. They give a gruesome inside in life in prison and the methods of torture that were used.

There is not much more to say about this place, just this – if you ever come to Phnom Penh, visit the museum. These examples of the darkest nature of us humans must never be forgotten. The more people see and witness, the better chance we have that we stop it next time and don’t turn a blind eye.

The afternoon I took it easy. I needed some time.

Around 16:30 we left the guesthouse to see the Olympic Stadium, where people do all sorts of sport just around sunset. The stadium is impressive to see, although there have never been any Olympic Games here. 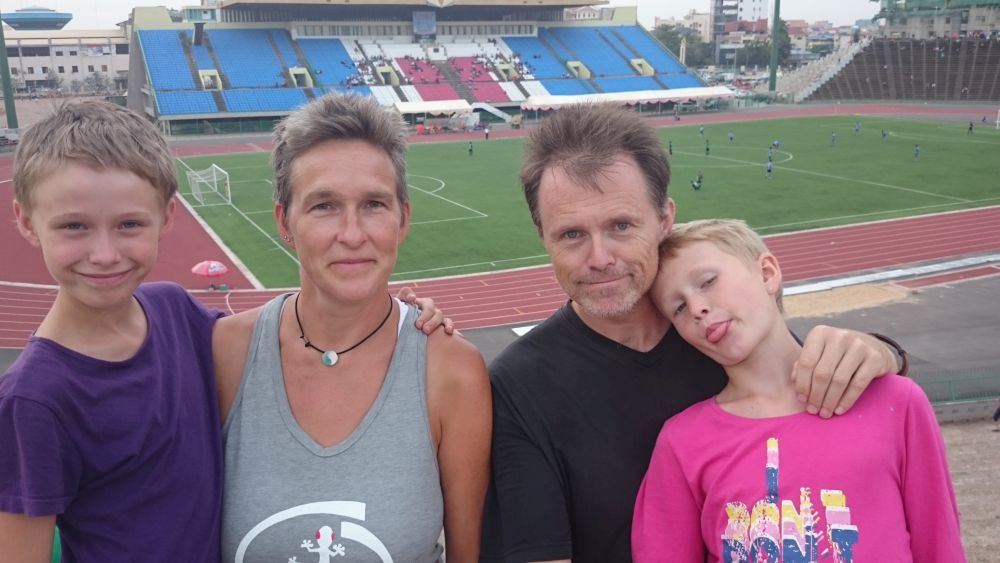