For the first time in two months we had to fly again. I checked our paperwork a number of times and read that for international flights one has to be three hours before departure at the airport. So our tuk tuk picked us up at a very unreasonable early hour at 6:20am and we arrived at the airport just before 7am. And for the next 2 hours we couldn’t do anything. BECAUSE CHECK IN opened only two hours before departure. Great. So we were hungry, without coffee and grumpy. 🙁

At some point I sent Stéphane out to get some breakfast because in the check-in hall there was hardly anything but a very overpriced small vendor. He came back with fresh yummy stuff to eat and some good coffee from a Costa place in the next building of the airport. And we continued to wait.

Finally we could check in and went upstairs towards all the security checks and the immigration check point where we knew we had to pay a penalty for our three days overstay. But instead of it being a nightmare and a hassle, we just paid our expected 60 Dollars and were good to go.

So first we flew from Phnom Penh Cambodia to Vientiane Laos. 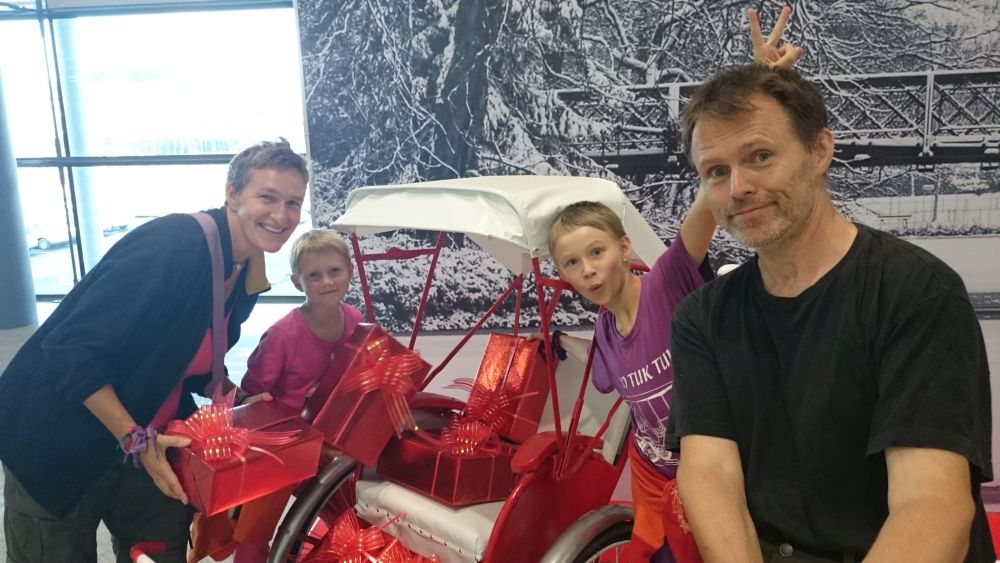 Then we flew from Vientiane Laos to Hanoi Vietnam. 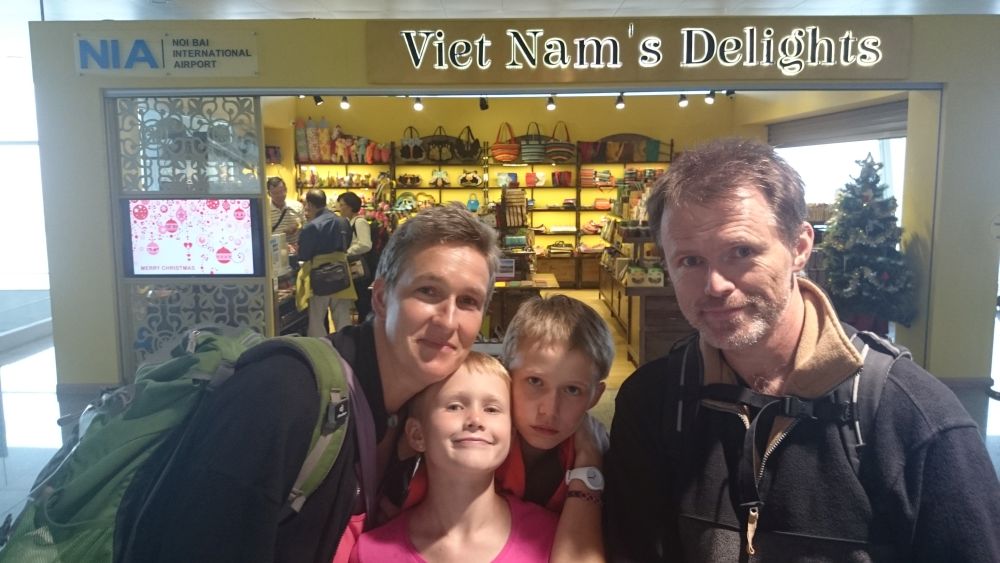 And then we flew from Hanoi Vietnam to Yangon Myanmar where we finally arrived at 6pm local time.

Arriving at a new country the very first impression is usually immigration. And in Myanmar it was a bad first impression. Although we have had our e-visa ready, and although we are a family, we had to come one by one to her and were told off when the kids moved too closely. Great. Grumpy woman. Strangely enough the dad next to us, could  have his two kids with him.

I had an early Xmas present when I realized that all four bags had arrived too.

Then we took a taxi to our guesthouse. And although the taxi driver took all the small roads to avoid the traffic jam, it took us over an hour to get here and my mood went from bad to worse. And when I finally saw our 50 Dollars / night room it went to ice-age. 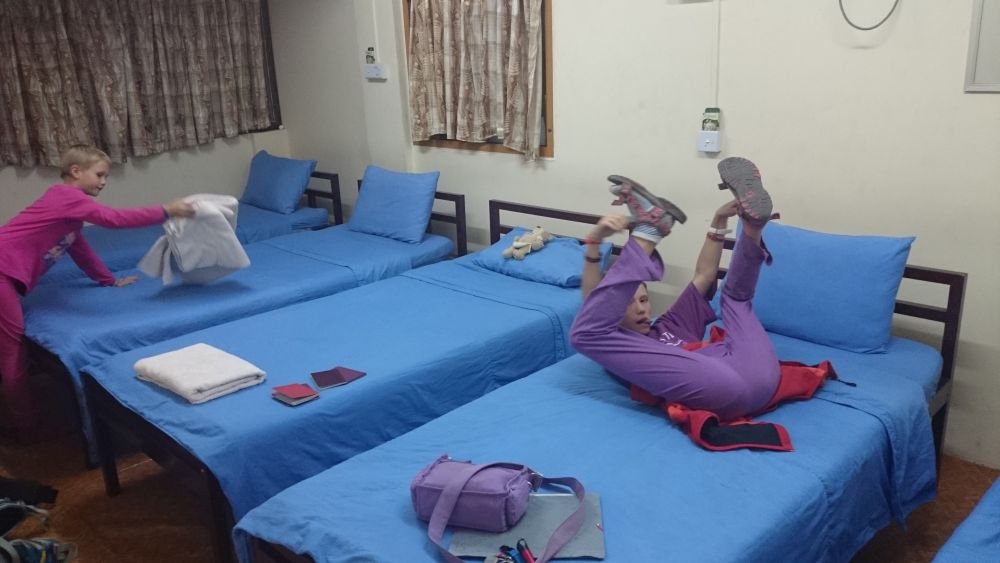 This must be by far the worst place during our entire trip. Five beds. No table. No chair. No wardrobe. I have slept in bedder dormitories. Our room is facing the main street so it is loud. And this is the place where I am for Xmas. On top of it, it is far far and I mean far away from everything we want to see.