It was supposed to be the first day of school for Alina and Lara. It looked all so simple, easy and straight forward – until – this morning…

Alina woke up all by herself, being so excited and nervous. So we got all ready, had our breakfast, prepared sandwiches not only for the early morning break but also for the lunch break and were all ready to leave the house at 08:30. When we arrived at the school there was already this – ‘there is a problem’, but at that time it was still followed by ‘but we are sure we can sort it out quickly’. What had happened was that the council needed proof that we were living at the address to make sure we are within the catchment area of the school. Because we do not receive any bills at this address, I couldn’t provide that. So yesterday I was told I should get confirmation from my landlady that we are staying at her house. Which we sorted out last night, I thought. Anyway – to cut a very long story short at some point we were called into the head teacher’s office. And all I could think was ‘oh oh’. We were told that numerous emails and phone calls had gone forth and back between various people and the situation was that the council could not accept the girls without something more official looking.

At that moment I had two girls, who hardly understand any English, still getting enough to realize that they could not start school and both of them started crying. Now picture this: a kid who really really wants to go to school and is not allowed ! We adults were overwhelmed by the emotions of the kids and the kids where overwhelmed by the situation. The only thing the head teacher could offer us to smoothen a bit the sea was that both could stay as ‘visitors’ until the end of the morning break.

Alina took that offer fairly quickly but Lara refused and stated that she then rather would spend the day in bed! So the head teacher took Alina to her class and we left with Lara, talking to her, trying to make her see that life will throw stuff at us and there will be situations when things don’t work out the way we had hoped for and it is for us to decide how we react to the difficulty. Are we feeling rigid and stuck or are we finding it in us to break free and be resilient and look for a new way, a new path, a new solution. I did my very best and in the end I got upset. Not about the situation. But about her reaction. So then she was upset because I was upset and we were both upset. And then there was a shift and suddenly she accepted the idea of visiting. So we went back to the head teacher and Lara joined her class.

I, on the other hand, had promised to go into the charity Ray’s Opportunities to do some work. So obviously with all of that at school, I was late and could only spent just over an hour there before I had to go back to school to pick up the girls.

On the way home I had two completely different girls: all chatty, excited, happy, telling me everything they had done and very pleased with themselves.

When I was home I wrote an email to our landlady explaining the situation and hoping for her help. In the afternoon she called me and said that a letter had been written and faxed to the head teacher’s office and all should be fine. In a moment of intuition I called the head teacher’s office to check that they received the fax and sure enough it turned out that their fax wasn’t working and they hadn’t received anything. Luckily our landlady dropped in this evening and I am holding the letter in my hand! So much for easy. It is good to know that administration is the same everywhere. There are rules and regulations and there are no exceptions. Why should it be any different here that back home.

Anyway, so suddenly I had more time on my hand than thought which I used to make two more SoulCollage® cards. 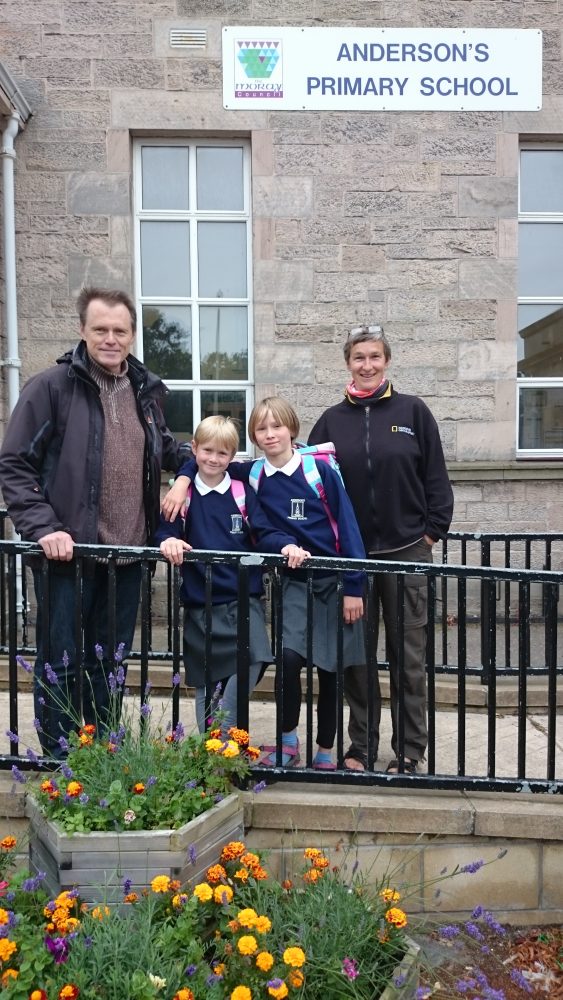 That was before we were told they couldn’t start school