Agne had arrived the previous night. We had initially met in 2013 during our SoulCollage® Facilitator training and kept in touch during all that time. We do readings together, we share ideas, we talk, we laugh. So after two years of not seeing each other we woke up in the same house, had breakfast at the same table and cycled together to Cullerne Garden.

I thought it would be nice for her to get a personal experience about something I kept writing in this blog again and again. It was a glorious morning and Cullerne Garden showed itself from its best side. 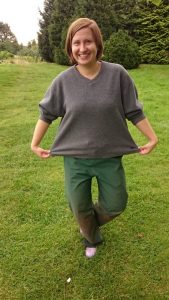 We were a small group for the harvest and still got all the work done. I was back in my kale field and Agne went to the runner beans. Tea break and I was back at the bath tub washing everything and later on we did some hoeing. What I really loved was that we could just talk about our work, about problems, about ideas. That is what I am really missing back home. I’d love to have somebody who is self-employed like me and who I could just sit together with from time to time and talk. Stuff like: Logo, company name, exercising a pitch talk, new books, new seminar places… whatever really. So here is a question for everybody who is reading this: I am looking for a new company name. Something short, English, connecting soul and leadership in a creative way.

After the shift we went to the CC for a really really really amazing lunch. Currently there is a conference at the Findhorn Park on the topic “We do not die” and Park kitchen was not only cooking for the normal number of people but for 120 conference participants on top. What I loved about this lunch was that I met several people I hadn’t seen in a while: Sabine, our kids focaliser from last year, Barbara, who was participating at the conference, Sarah, who would have nearly been Alina’s violin teacher and others. This was a typical Findhorn moment. One meets people without having planned or organised it.

After lunch I saw a woman I had seen and heard playing the violin during the Culture Day. And Alina and I had loved her music. So I just walked up to her to tell her how much I had enjoyed listening to Summertime by Gershwin. She thanked me and I asked her if she would be playing at the Harvest Fair on Saturday in Cullerne Garden. We talked a bit. And then she paused – and had the realization that we have had some contact already when I had been looking for a violin teacher for Alina. She told me that my email that I had written to her had scared her off. My email? Yes, she said, it sounded all too efficient. Looking back it is really a shame. Alina would have learned so much from her. Both of us laughed and hugged and I am sure I will see her on Saturday.

Afterwards, Agne and I walked to Findhorn beach and to the village and then back to the Park, stopped briefly in the Blue Angel café and the Phoenix shop and then cycled back home. There she prepared my very first raw soup for the whole family. For me it was amazing. We just mixed tomatoes, peppers, an onion, an avocado and some spices in my Vitamix and voila – raw soup was done.

Since Agne and I are both madly in love with SoulCollage® we first thought of doing a reading with our cards. It probably would have been a premier doing a reading being in the same country not to mention even the same room, since we usually have to do it by skype. But then we changed our minds and made cards. Now it wouldn’t have been us if there hadn’t been a twist to it. I suggested to pick the first 10 images we find, and make not one, not two but four cards: one with only one image, one with two images, one with three images and one with four images. It was so funny so watch myself getting really stressed out because Agne was really fast. In the end we finished just after 1 am. I don’t remember ever making four cards in 4 hours and Agne would probably say the very same thing, just meaning it differently. 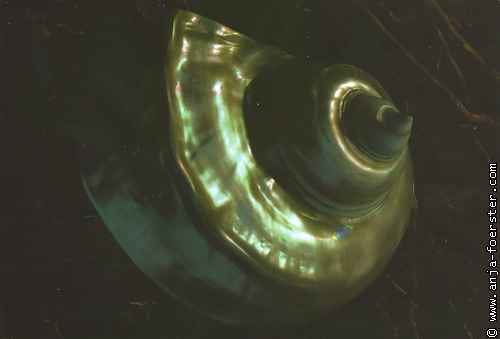 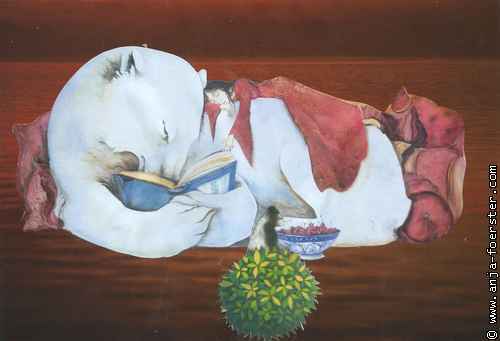 three images only (confession time, Agne, in my first selection I had two images of seals. Later I realized that I needed not a second seal but something else eating the cherries. The monkey I had found previously had to be on this card. Sorry 🙂 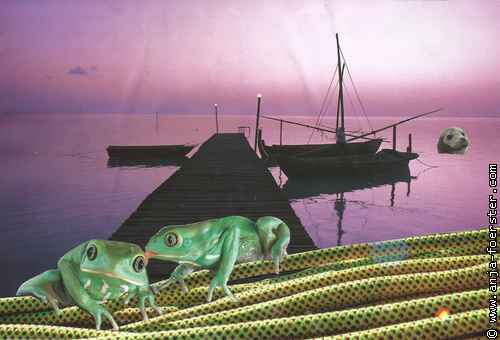