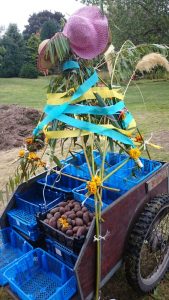 Two carts were prepared for the ceremony. We started the ceremony with a slight delay just after 2 pm. We all stood in a circle and sang and danced a native American “Saying thanks” song, giving thanks to not only the four elements: earth, water, fire, wind but also to the fifth one the spirit.

Afterwards we sang another song “Mother, I feel you under my feet“.

And then we started a procession into Cullerne Garden, led by the gardeners and singing Lara’s song. 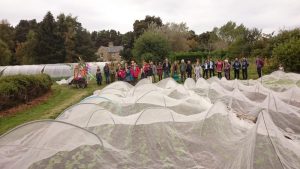 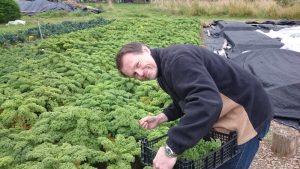 There we harvested everything that we could find: runner beans, chard, salad, tomatoes, pumpkins, courgettes, cucumbers, leek, and Stéphane even got some kale. At the end the two carts were nicely filled and we returned to be in the circle blessing the food and right at the end all newborn babies with their mums were invited into the circle to receive a blessing.

And with that the ceremony was finished, and our Cullerne Café opened. That was the place were I spent the next 5 hours selling cakes, freshly pressed juices and green smoothies. I liked being there. I got to see a lot of people, talked briefly with some, laughed a lot and did my part so that our guests enjoyed themselves. Stéphane spent most of his time in the kitchen drying dishes and the girls had a great time playing and running around. 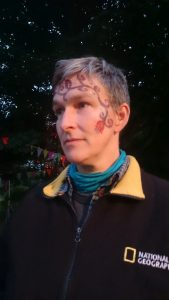 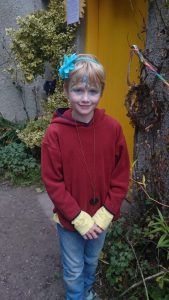 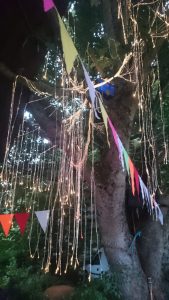 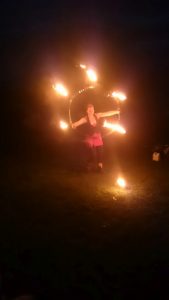 Then at 6pm the café closed and the BBQ started. There was decoration, music, people “playing” with fire and even a “Juicy Cabaret“. The first part of the cabaret the girls saw and for the second part all parents were advised to not have their children around. So our two went into the staff room and played there for a while and when the cabaret was finish, nothing had been left to fantasy :-), Stéphane had been on stage as a Tantra volunteer, the girls had had yet another fight, and my energy had gone walkabouts. So we left and drove home. 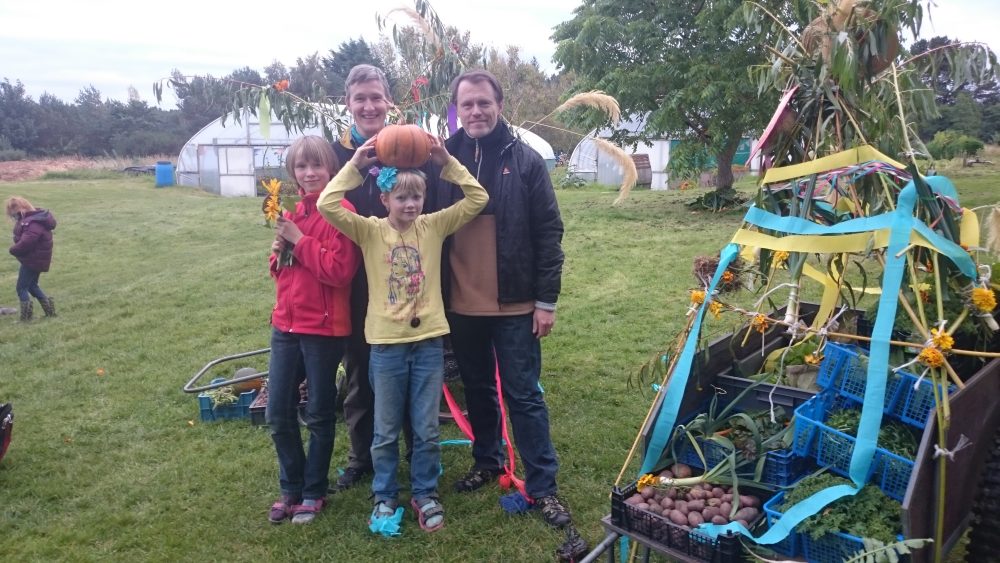