Now, this is typical. I had washed everything in Scotland. But instead of just putting into the wardrobe I started to sort and re-sort and wash and re-wash. Why? God knows.

But my day was mainly about unpacking our car, unpacking the bags, sorting and re-packing in terms of what is staying here in Switzerland and what we take on our trip. More I didn’t really do.

The girls had prepared a treasure hunt for days. They drew the whole house on the computer, hid clues, and went around with their grandparents. The preparation had taken probably a week.

In Autumn, the historic Old Town of Fribourg and the Auge neighbourhood in particular are transformed into a magical world for few weeks.In the evening all four grandparents took my girls to Fribourg, which is the nearest bigger town from where we are. There…

Hubert Audriaz, with the help of hundreds of children, embarks on a journey which every year deals with a different theme. He takes visitors on a voyage of discovery to fantastic places in the Old Town and to see its most retiring inhabitants. These year the Snow White Path.

Hubert is an amazing figure in Fribourg. He has done a lot for the old town and now Fribourg is recognising his work by incorporating an association with its main purpose to ensure his project work. The link is however either in German or French. 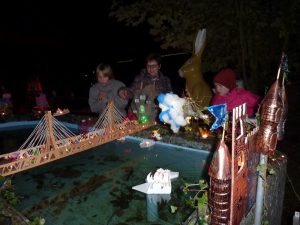 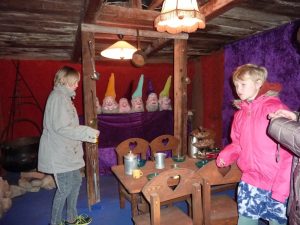 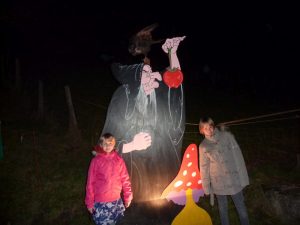 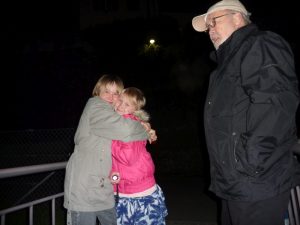